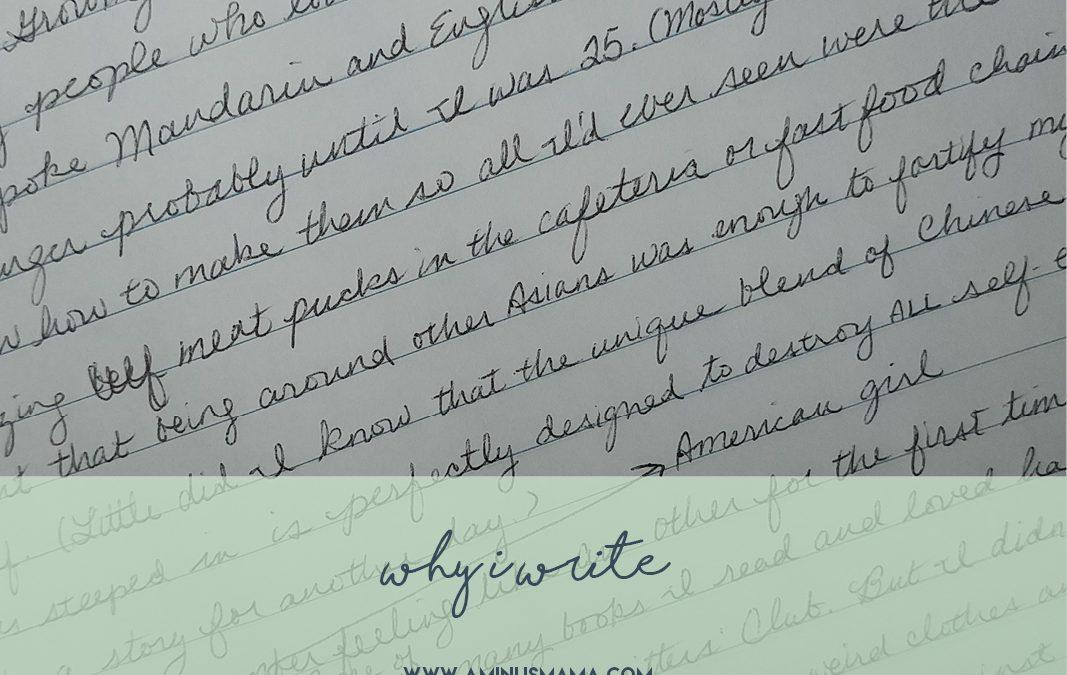 I was born, raised, educated, married, and churched in the Midwest, where Asian-American representation is…rather sparse, to say the least.

For a long time, I didn’t notice the lack of representation or think that it mattered. Growing up in a Chinese immigrant church, I was surrounded by people who looked and talked like me at least twice a week. My family spoke Mandarin and English at home, and I went to Chinese school on the weekend. I thought that consistently being around Asians was enough to fortify my sense of self.

The first time I remember feeling like an other was when I was six years old and my dad came to school to teach my class about Chinese New Year. All of my Barbies were white and blonde, and none of the “American Girl” dolls looked like me. (I wound up with the blonde Swedish immigrant doll even though I really wanted the rich Victorian heiress doll.)

I loved to read, but there were no Asian characters in any of the books I read until I found The Babysitters’ Club. Even then, I didn’t relate to the artsy Japanese babysitter who wore weird clothes and was bad at math. I wanted to be the pretty blonde diabetic boy-crazy babysitter, which I essentially was, minus the blonde hair and diabetes, so I guess just boy-crazy. Sigh.

In high school, I signed up for theatre classes and auditioned for plays and musicals, only to be relegated to the anonymous chorus. I was, however, once cast as a Welsh spinster in the ONE production that year set in a specifically Anglo time and place. (The one other Asian theatre student was in the same show, so I cry typecasting!) I waited in vain for my school to produce The King and I so I might actually have a chance at a significant role. For some reason, no one could fathom an Asian Cinderella or Dolly Levi.

The only Asians I saw on TV for most of my formative years were Connie Chung and a pantheon of Olympic figure skaters. I was obsessed with Crouching Tiger, Hidden Dragon because it was the first mainstream movie I’d ever seen with Asian actors speaking my cradle language. Almost twenty years later, I found myself moved to tears by the inclusion of Asian actors in my favorite movie franchise. (Obviously Star Wars, because there sure aren’t any Asians in Middle Earth!)

I was delighted to see people like me on screen, but I didn’t understand how much the scarcity of that representation affected me until literally two weeks ago.

One of my marketing clients runs a boutique for young professionals. She is a fierce advocate for body positivity and also unapologetically fat. (My Chinese body candor is warring with my American body-shaming “politeness” as I write this…) We designed a T-shirt together and I happened to be working on-site when the samples arrived. She started a live unboxing video and then turned the camera toward me so I could talk about the design process.

I adore this client and am super jazzed about the work I get to do for her. But when I saw the live video replay, I could only cringe at my unmade-up face and weird hand gestures. I left a self-deprecating comment about never letting me be on camera again haha lol jk but srsly.

She immediately texted me to ask if there was something I didn’t like about the video. Embarrassed by my own self-consciousness, I said I just always feel awkward seeing myself on camera. “Oh,” she responded casually,” that’s because we aren’t used to seeing people who look like us on camera and social media.”

I was gutted. Because it’s true. When I go to blogger meetups (at least here in the Midwest), I’m almost always the only person of color and definitely the only Asian. When I scroll through Instagram, none of the famous influencers look like me. When I look at my business and writer groups, they are overwhelmingly white. It’s not just that I don’t wear perfect makeup or polished outfits…there just aren’t very many faces in my line of work that look anything like me.

Then she added, “I feel the same way. Going live is hard for me too, even if it doesn’t seem like it. But for me, it’s important to be visible, because successful fat women are not in the media.”

Know what? Successful Asian-American writers and creative entrepreneurs are not in the media either.

That’s why I write.